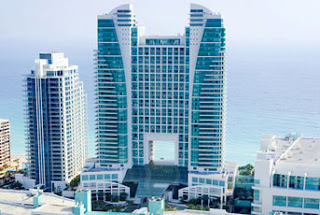 Perhaps my family was not the only ones to preface wishes with, "When I'm rich and famous..." I never really expected to be rich or famous. In fact, about a year ago Kevin and I were talking and came to the conclusion than even if someday we were really, really rich we would never feel that way, because we would still only buy groceries on sale. Now, having lived in Fiji, I realize that in reality I already am rich, but I try not to act that way. Kevin's company, on the other hand, feels that making people feel rich, whether or not they are, and is a good way to improve employee morale. That's why they sent us to Florida in May. It worked.

First of all, they included the families of employees in this "business trip." That means that both Kevin and I had airfare to Florida. It's too bad we don't have several children. :) Anyway, they set us up in an amazing resort on the beach in Hollywood, Florida (between Miami and Ft. Lauderdale). Just driving up to the place I felt like I didn't belong. It was like a movie, with bell boys and valet parkers. Just slightly different than the motels I used to stay in with my family on the way to Grandma's house. And then, get this, I didn't even have to sleep on the floor! Instead I slept in a King size bed in a room smelling of lots of wonderful rich kinds of things I didn't recognize. 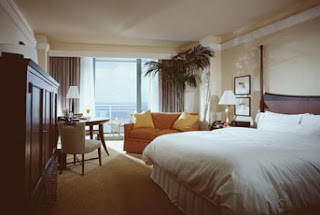 The first evening they suggested getting dinner before going to the opening social, as they would only be serving hors d'oeuvres. Good thing we didn't fall for that one. Since when is prime rib an appetizer? Several servings of paella with fresh seafood (at least as good as the one we ate in Barcelona), French cheeses, fresh fruit, hummus, prime rib, and scrumptious desserts later we felt like we had gotten our money's worth, seeing as we didn't pay for it. We ate twice as much as everybody else, but we didn't feel bad, because we weren't drinking.

That was kind of the way of the trip: loads of lovely things to eat, smell, see, and do, and all paid for by somebody else who was going to pay for it whether we indulged or not. I learned as a small child which things I shouldn't even ask for because they weren't worth the money: cotton candy, caricatures, carnival games at the county fair, etc. But who's going to stop me from doing all of that, and going to ask for another piece of that delectable chocolate raspberry cake when it's a sunk cost that I didn't even have to pay for or feel guilty that someone felt sorry enough to pay for me? I felt like I was living somebody else's life. Relaxing on a white sandy beach, taking a bubble bath in the deep jetted tub, wearing fancy dresses, driving a convertible, being able to choose which pool I wanted to swim in, lounging on our private balcony, having pastries for breakfast and chocolate mousse for dinner... It was lovely. I'm not sure I could get used to it for a lifetime, but it sure was nice for a weekend. 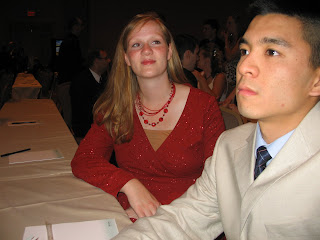 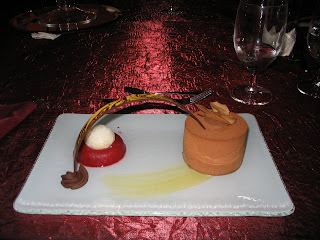 What am I going to do now that I've been rich and famous? Maybe I'll buy a kiddie pool and a cake mix, but only if they're on sale.

People may question your last name when they see the color of your skin, but you're as frugal as the most budget-conscious Chinese.