OK, I already did this on facebook, but it think it's a good way to see who actually reads this blog. I promise I won't be freaked out that you check up on me. In fact, I promise I'll be flattered. If you already did it on facebook, feel free to slack off.

1. As a comment on my blog, leave one memory that you and I had together. It doesn't matter if you knew me a little or a lot, anything you remember!
.
2. Next, re-post these instructions on your blog and see how many people leave a memory about you. It's actually pretty funny to see the responses. If you leave a memory about me, I'll assume you're playing the game and I'll come to your blog and leave one about you. If you don't want to play on your blog, or if you don't have a blog, I'll leave my memory of you in my comments.

I went running again today. That means it was less than 80 degrees after I woke up. Those two things make me really happy. Well, not running itself, but having gone running. I was thinking as I ran, because I wasn't finding anything I liked on the MP3 player, and I realized something. I have never been in shape. I imagine many people who see me running with a stroller guess I'm getting in shape again after having a baby. Not so. There have been times in my life when I did 30 minutes of aerobic exercise 5 days a week, but I've never been able to climb stairs without being winded. Once in my life I ran a whole mile without stopping to walk. I did so, not because my friend and I promised each other we would, which we did, but so that I could get higher than a D on the running test. It took me about 16 minutes, but I did it. However, the grade was highly motivating because I had gotten D's on several other fitness tests in that PE class. I think it's stupid that gym class is what prevented me from having straight A's all through middle school.

On the other hand, I sure wish I had been in shape sometime so that I would know what it's like and could use that to motivate me to continue this tortuous running routine. Once upon a time I was 20 pounds lighter and much thinner than I am now, but I've come to the conclusion that after you have a baby, you never look like you're a junior in high school again. Ever.

I was reading Kevin's journal to see our courtship through his perspective, and something very strange happened. Upon reading about him training to run his first 5K, a very small desire arose in me to do the same thing. Now, I'll have to work approximately 28 times harder than he did to work up to that, he only ran a few times and then ran a 5K. I'll probably have to work hard for the next 6 months or so to be ready. I'm just hoping I don't lose the desire before then. Who plans races during the summer anyway? Who in their right mind runs 5k in 90 degree weather? I'd much rather run in the winter.

I do think it's important for me to get in shape, whether I run a 5k or not. (Why on earth would I pay to run a 5K? I'm still working on building my teeny tiny desire, as you can see.) I'm realizing more and more that my body is a very precious gift from my God and my mother, and to show my gratitude to them it's important that I take good care of it. It's important to my mother that I wear blush. Haha. My Heavenly Father has higher standards of stewardship, namely the Word of Wisdom. Until I can "walk and not be weary and run and not faint" I'm afraid I'm not doing as much as I should to take care of the unique creation that is my body. Plus it'll be easier to show gratitude if my body looks like it did when I was a junior in high school. ;)

On a completely different topic (this blog is becoming more and more my journal rather than actual writing) yesterday in Relief Society the teacher started the tradition where someone gives a Book of Mormon away every week. I have never, ever volunteered, but I did yesterday. I knew I needed to. I have given a few Books of Mormon away before, but I've always been quite a wuss about it. When I think logically, I don't really understand why I get so nervous about doing it. It shouldn't make me nervous to share one of my favorite books, something that has changed my life for the better, helped me get through tough times, and feel the love of Jesus Christ for me personally and for all of his children with people that I love. I think it's one of the major weaknesses in our culture that speaking about religion is a faux pas. People should be able to talk about something so important to so many. It shouldn't be construed as offensive or overbearing to share what makes you happy. But aside from my culture, I shouldn't feel that way. So, I'm going to get over my own weakness and open up my heart to show someone what brings me joy. It would make it easier if you left a comment that you want it. It is free. :)

And, now the part you endured all the rest for: 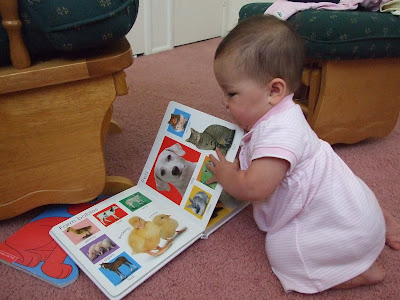 Meanwhile, back on vacation...

I had a list of ideas of blog posts to write about that vacation that we had what seems like a really long time ago. I finally revisited it and decided I'd better at least do the ones most important to me.

My favorite part of being on vacation was the Kevin didn't have to go to work. That meant that I had someone to talk to 24/7. It was wonderful! Plus, also, additionally the person to talk to was my favorite! It was so nice to spend so much time together. It was also really nice to meet people that he knew before I met him.

Last year while in Florida we attended one of his old mission wards, but I really only talked to 1 family there about Kevin. They love his guts, but they're the kind of family that loves all missionaries. The kind that remembers all of the Elders' names years later. So, although it was nice to know they like my man, it was to be expected. This time we attended a ward I hadn't been to. It was incredible! 5 years after returning home from his mission dozens of people still knew him, and several made an effort to tell me how blessed I was to have a guy like him. Granted, I already knew, but it was so fun to find out that he was a catch even before I knew him.

In addition to that, I gained a greater respect for his prowess in the Spanish language. For some reason I had the misconception that people who served in a Spanish speaking country, rather than Spanish speaking in another country, had the advantage in gaining true fluency. How wrong I was. Those poor guys who serve out of the country only get to learn one accent and one set of slang. I consider myself fluent in Spanish, but as Kevin and I went around visiting people he knew, I realized that it was taking me at least 10 minutes of listening before I started understanding. And then, someone with a new accent and a new set of slang would enter the picture and I'd have to start all over again! Of course, I was at quite the disadvantage. I learned Spanish mostly listening to and speaking with people who spoke with an American accent.

One of the main reasons we went on this vacation is because we purchased a package. They never really told us that a timeshare presentation was involved, and so we ended up signing up for one to get tickets to the parks in Orlando. We ended up having to do two, and having them push a third. (We were smart enough by then to decline.) I though we should share our knowledge on the tricks of the trade, and the relative worth of such presentations.

*When they say 90 minutes, that does not include the meal the are giving you.
You should probably add another hour to the time they promise.

*Some of the meals are good, some are french toast that breaks your knife when trying to cut it.

*They expect everyone to say no at first, and that doesn't deter them.

*Showing polite interest encourages them. There is no need to nod and "uh-huh"

*Also, No need to be surprised at how nice and laid back your sales person is, they'll send in the big guns later

*Telling them you've been on a timeshare presentation before will considerably decrease the amount of effort they put in to trying to sell to you. That's good.

*We decided that 2.5 hours was worth 5 nights in a hotel, but not worth tickets to parks, especially since the hours cut directly into the use of the reward.

*They think they can save you money on vacations by getting you into a time share. This is not true if you spend most of your vacations with family, and those that aren't with family in discount hotels. Somehow it is impossible for them to understand this.

My favorite snippet of our presentation is when one of the "big guns" tried to guilt us into buying by telling us we were stealing our little baby's vacations by not buying now. Pu-lease!

I also liked when our salesperson told us that the Orlando real estate market was "guaranteed to do in the next 5 years what it did in the last 20 years." *rolls her eyes*

We actually spent some time before and after our meetings coming up with fun things to ask/tell our salesperson. My favorite was, "How can you assure me that my time share won't be under water in the next few years due to global warming?" I only wish I had really said it.