The other day Reasor was walking up the stairs in front of me.  I patted his little bottom on the way up. 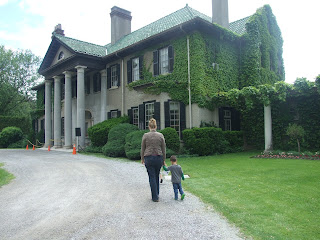 It seems to be in vogue to hate on foods with ingredients you can't pronounce.  Though I understand and agree with the idea that we should be eating food rather than chemicals, this pronunciation standard seems arbitrary.  I mean, I know plenty of people who can't correctly pronounce the word "Italian". Heck, I found out a couple of weeks ago that I have spend my whole life mispronouncing "fructose".  (Short 'u' sound.  Who knew?) Not to mention the fact that I am surrounded by Canadians who think the way I pronounce "pasta" is weird.

On Wednesday nights I often play basketball with some women at the church.  I spend a lot of time apologizing for crashing into people.  Formerly an anti-athelete, I'm not sure whether this is proper protocol. Can they tell that I'm only crashing into them due to clumsiness and not because I'm an aggressive player?  I mean, they foul in the NBA and it's not because they are a bunch of bumbling klutzes.  If they apologize they never show it on TV.  The more experienced players on Wednesday nights apologize less.  Is this due to their being aware of what's appropriate, or because they are not as incompetent?  At the end of one of these evenings two of the women expressed embarrassment and apologized for being sweaty.

Yes, at the end of full-court four-on-four they thought being sweaty was uncalled for.  This, I know enough about exercise to say, was ridiculous.  At the end of an hour of vigorous exercise, one should be sweating.  There are some things we as women spend far too much time being embarrassed about and apologizing for.  And thus I am compiling a list for myself of things that I will not apologize for.  I think they are reasonable parts of my reality and should not induce embarrassment.  So far I have:


OK, I'm still working on suppressing the embarrassment induced by that last one.  But I aspire to dancing like a dweeb and just enjoying it.  I think that's a reasonable goal for my current reality.

The consensus in my home is that the following requests are too much to ask:


On the other hand, these actions are freely given: